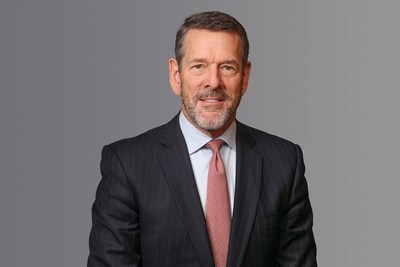 "Mark has been with the company for a dozen years, and is recognized for his technical proficiency, leadership and general management skills in both U.S. and international finance organizations," said Mr. Enns.  "I look forward to working with Mark and benefiting from his experience and assistance as our global finance organization pursues its key priorities and strategies."

Mr. Hammond has more than 30 years of experience in insurance and public accounting.  He has served as Treasurer since 2019. Previously, he was Executive Vice President and Chief Financial Officer for the company's Europe and Eurasia & Africa regions.  From 2012 to 2016, when the company was named ACE, he was Chief Financial Officer, European Group.  Mr. Hammond joined the company's Combined Insurance business in Chicago in 2009, where he served as Executive Vice President, Chief Financial Officer.  Prior to joining ACE, Mr. Hammond held a series of leadership roles within the insurance industry and, before that, spent more than 15 years in the public accounting sector where he was an audit partner with Deloitte, serving clients in its insurance practice.  Mr. Hammond is a CPA and has an Accounting degree from Kansas State University.

About Chubb
Chubb is the world's largest publicly traded property and casualty insurance company. With operations in 54 countries and territories, Chubb provides commercial and personal property and casualty insurance, personal accident and supplemental health insurance, reinsurance and life insurance to a diverse group of clients. As an underwriting company, we assess, assume and manage risk with insight and discipline. We service and pay our claims fairly and promptly. The company is also defined by its extensive product and service offerings, broad distribution capabilities, exceptional financial strength and local operations globally. Parent company Chubb Limited is listed on the New York Stock Exchange (NYSE: CB) and is a component of the S&P 500 index. Chubb maintains executive offices in Zurich, New York, London, Paris and other locations, and employs approximately 31,000 people worldwide. Additional information can be found at: www.chubb.com.