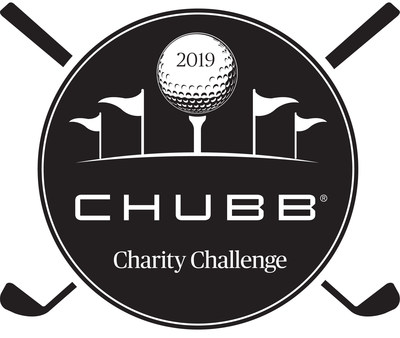 WHITEHOUSE STATION, N.J., Oct. 3, 2019 /PRNewswire/ -- Last week, forty-five teams from across North America – the winners of regional golf events held throughout the year – competed in the 20th annual Chubb Charity Challenge tournament finals, held September 22-25 at The American Club in Kohler, WI. This year, two teams tied for first place and were crowned champions of the annual event: Lloyd Sadd Insurance Brokers (Lloyd Sadd), playing on behalf of Little Warriors; and IMA Select, playing on behalf of Hillcrest Ministries of MidAmerica, Inc. Each of the winning teams will present a $50,000 check to its chosen charity.

In total, more than 300 teams participated in the 2019 Chubb Charity Challenge, raising nearly $1 million this year for charities across the U.S. and Canada. Every team that participates in the tournament finals wins money for its charity. The amount each team wins depends on where they finish among the field upon conclusion of the two-day finals tournament.

"The Chubb Charity Challenge is an important annual tradition that underscores Chubb's commitment to giving back to the communities where we live, work and serve," said Chris Maleno, Division President, Chubb North America Field Operations. "As we celebrate its 20th anniversary, Chubb recognizes and thanks our network of brokers and agents that has participated in the Chubb Charity Challenge over the last two decades and contributed to its success – raising nearly $17 million to-date for worthy causes throughout North America."

According to T. Marshall Sadd, executive chairman of Lloyd Sadd, winner of the Calgary regional, "Little Warriors, based in Edmonton, AB, is a charitable organization committed to the awareness, prevention and treatment of child sexual abuse. It is incredibly rewarding for our company to win $50,000 for a charity that is doing so much good within our community, and we are so appreciative of Chubb for this opportunity."

The other winning team – IMA Select, winner of the Kansas City regional – played for Hillcrest Ministries of MidAmerica, Inc., which provides transitional housing and other programs that combat homelessness.

"This donation will help make a tremendous difference in Hillcrest Ministries' ability to serve families in need," said Jason Bottorf, Kansas market leader for IMA Select. "Words cannot describe how proud and honored we are to be able to deliver a check for $50,000 to this worthy cause. We are so thankful to Chubb for hosting this event and creating this platform for us to give back to our community."

To find out more information about the Chubb Charity Challenge, including highlights of participating teams and the charities that have benefitted, visit chubb.com/CharityChallenge.

About Chubb
Chubb is the world's largest publicly traded property and casualty insurance company. With operations in 54 countries and territories, Chubb provides commercial and personal property and casualty insurance, personal accident and supplemental health insurance, reinsurance and life insurance to a diverse group of clients. As an underwriting company, we assess, assume and manage risk with insight and discipline. We service and pay our claims fairly and promptly. The company is also defined by its extensive product and service offerings, broad distribution capabilities, exceptional financial strength and local operations globally. Parent company Chubb Limited is listed on the New York Stock Exchange (NYSE: CB) and is a component of the S&P 500 index. Chubb maintains executive offices in Zurich, New York, London, Paris and other locations, and employs more than 30,000 people worldwide. Additional information can be found at: chubb.com.