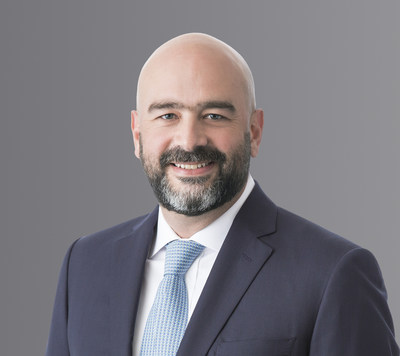 Chubb Overseas General is comprised of two major divisions: one with distribution through retail brokers in five regions of the world – Europe, Asia Pacific, Japan, Latin America and Eurasia & Africa – and the other an excess and surplus lines company with distribution through brokers in the London wholesale market and Lloyd's.  Mr. Ortega's scope of responsibility will include all products, underwriting, claims, actuarial and support functions related to these businesses.

"It is a great pleasure to appoint Juan Luis to lead our international general insurance operations," said Evan G. Greenberg, Chairman and Chief Executive Officer of Chubb.  "During his 20-year tenure with the company, he has assumed increased responsibility and demonstrated outstanding leadership and business acumen.  I have every confidence in Juan Luis's experience and skills as a leader and manager to drive business results and build on the substantial presence and capabilities of our global business.  John Keogh and I look forward to working with Juan Luis in his new role."

"Juan Luis is a proven insurance executive and a true internationalist," said Mr. Keogh.  "He has a proven track record of accomplishment in multiple regions of the world, profitably growing our business in Latin America and Asia Pacific the past 12 years.  This is an exceptional opportunity for Juan Luis to now profitably grow our entire international general insurance franchise.  I am excited to continue working with Juan Luis in his new leadership role."

Juan Luis Ortega has 20 years of insurance industry experience.  He was named Regional President of Latin America in 2016 and served as Regional President of Asia Pacific from 2013 -2016, a position he retained after ACE's acquisition of Chubb. Previously, Mr. Ortega served as Senior Vice President, A&H, for the company's Asia Pacific region. He joined ACE in 1999 and advanced through a series of accident and health and credit insurance management positions in Miami, Puerto Rico and Mexico, before being named Country President of Chile in 2005, where he was responsible for ACE's P&C, A&H and life insurance businesses in that country. Mr. Ortega has also served as Senior Vice President and Regional Head of Accident & Health for the company's Latin America region. Mr. Ortega earned a Bachelor of Science degree in Finance and Business Administration from Universidad Diego Portales, Chile.