CHICAGO, March 8, 2019 /PRNewswire/ -- Combined Insurance donated $50,000 to two military and veteran-related charities as part of the company's continued commitment to the nation's military communities. To date, the company has given a quarter of a million dollars to charitable organizations that work with military members and their families. 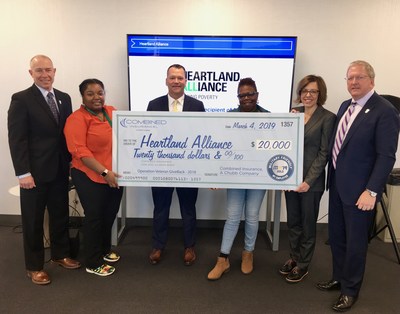 Luke's Wings, a Washington, D.C. based non-profit that provides families of wounded warriors and veterans with free travel and travel planning to visit their loved ones during recovery and rehabilitation was the recipient of a $30,000 donation. And, Chicago-based organization Heartland Alliance, received $20,000 donation for its Supportive Services for Veteran Families program, which provides housing assistance to at-risk and homeless veterans.

"We are honored to contribute to the mission of these two incredible organizations that dedicate their time to helping our nation's veterans and their families," said Bob Wiedower, Vice President of Sales Development and Military Programs at Combined Insurance.

As a leading provider of supplemental accident & health, disability, and life insurance products, and a Chubb company, Combined Insurance continues the charitable legacy of its founder, W. Clement Stone, who aimed to "make the world a better place." In his lifetime, Stone donated more than $275 million to civic groups and charitable organizations.

The donations resulted from Combined Insurance's Operation Veteran GiveBack program – a nationwide sales competition in which the company's sales zones compete to earn the honor of giving back to a charity of their choice. Combined Insurance's East Zone, which covers territory from Maine to Florida, finished in first place and selected Luke's Wings as their charitable recipient, while the company's Central Zone, which covers territory throughout the central and southern parts of the country, finished in second place and selected Heartland Alliance's Support Services for Veteran Families Program.

This is the 5th consecutive year that Luke's Wings has been a recipient of the donation.

"The support we receive from partners, like Combined Insurance, is invaluable for the work we do every day," said Fletcher Gill, CEO and Founder of Luke's Wings. "We are grateful for the commitment they show to our nation's veterans, that allows us to reunite thousands of families with their veteran loved ones."

Combined Insurance Company of America (Chicago, Ill.) is a leading provider of individual supplemental accident & health, disability, and life insurance products and a Chubb company. With a tradition of nearly 100 years of success, Combined Insurance is committed to making the world supplemental insurance easy to understand. The company has an A+ rating by the Better Business Bureau and is one of Ward's Top 50® Performing Life-Health Insurance Companies. Combined Insurance is ranked the number one Military Friendly® Employer in the over $1B revenue category for 2019 by VIQTORY. This is the company's eighth consecutive year on the top 10 list and fifth consecutive year in the top 5—Combined Insurance was previously named the number one Military Friendly® Employer in the nation for 2015 and 2016. For more information, please visit combinedinsurance.com.

Chubb is the world's largest publicly traded property and casualty insurance company. With operations in 54 countries, Chubb provides commercial and personal property and casualty insurance, personal accident and supplemental health insurance, reinsurance and life insurance to a diverse group of clients.  As an underwriting company, we assess, assume and manage risk with insight and discipline.  We service and pay our claims fairly and promptly.  The company is also defined by its extensive product and service offerings, broad distribution capabilities, exceptional financial strength and local operations globally.  Parent company Chubb Limited is listed on the New York Stock Exchange (NYSE: CB) and is a component of the S&P 500 index.  Chubb maintains executive offices in Zurich, New York, London and other locations, and employs approximately 31,000 people worldwide. Additional information can be found at: chubb.com. 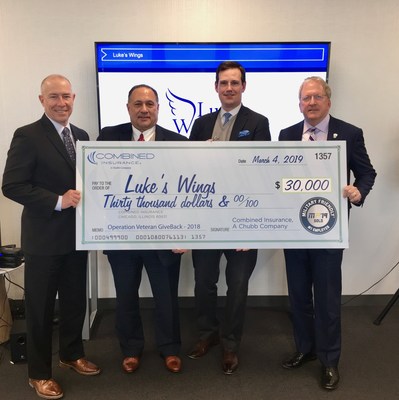 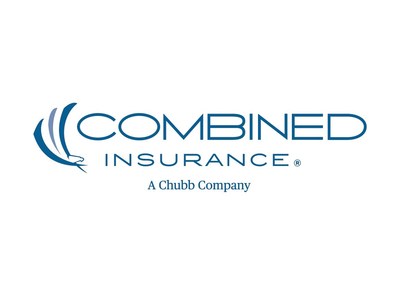