Gerard Butler to Retire; Will Continue with Chubb in an Advisory Capacity

Mr. Maleno will have responsibility for Chubb's field organization in North America, including 48 branch and regional offices in the United States and Canada. He also will be responsible for local delivery of the company's full capabilities and services to agent and broker distribution partners and managing these relationships.  Mr. Maleno, who is a Chubb Group Senior Vice President, most recently served as Division President, North America Major Accounts.

Mr. Merna will lead the Major Accounts division, Chubb's retail commercial property and casualty insurance business that serves the large corporate market in the United States and Canada. His responsibilities will include strategy, underwriting activities and results, production, and product development and management.  He most recently served as Chief Operating Officer, North America Major Accounts.

"Our extensive branch and regional network, which serves agents and brokers locally and delivers a wide range of commercial and personal lines products and services, is a defining strength of Chubb in North America," said Mr. Lupica. "Chris's breadth of experience, including deep distribution and field management expertise, leadership skills and knowledge of our industry and our company, make him an excellent fit to lead this important division.

"Chubb's offerings for large commercial customers, including an extensive product breadth and global service capabilities, are second to none.  Matt has successfully managed our largest and most complex clients and distribution partners for many years.  His strong industry perspective and experience, together with his leadership and talent development skills, will serve us well as he leads one of Chubb's core commercial insurance franchises."

Jerry Butler, in advisory role, to focus on agent and brokerage relationships
Mr. Maleno succeeds Gerard Butler who, after more than 36 years in the industry including 27 with Chubb, will retire on July 2.  Mr. Butler will continue serving Chubb in an active advisory capacity and he will work closely with Mr. Maleno.  "We are grateful for Jerry's tremendous contributions to Chubb over the past 27 years," said Mr. Lupica.  "We will continue to benefit from Jerry's experience as he focuses on key initiatives centered on strengthening our agent and brokerage relationships and enhancing their experience working with Chubb."

"Jerry's leadership of the Chubb field organization and branch network, which are critical to the success of our middle market, small commercial and personal risk services divisions, has left a significant mark on Chubb's business and culture, and I want to thank him on behalf of the senior management team and all of Chubb," said Paul Krump, Executive Vice President, Chubb Group and President, North America Commercial and Personal Insurance.  "I have had the pleasure of working with Chris for the past several years, and I am confident the field organization will be in great hands.   His experience, market connections and knowledge of Chubb will serve our distribution partners well.  Chris will also have the benefit and insight of Jerry's continued engagement."

Prior to ACE's acquisition of Chubb in January 2016, Mr. Maleno served as Division President of ACE USA, a position he held since 2013. He joined the company in 2007 as Division President, Regional Operations for ACE USA, and also served as Chief Operating Officer and President, ACE Casualty Risk.  Mr. Maleno began his insurance career with the Chubb Corporation in 1988 and served in a number of middle market commercial lines and branch roles.  He was appointed Senior Vice President, ACE Group, in March 2014.  He earned a Master of Business Administration degree from Columbia University, and a Bachelor of Science degree in Finance from the University of Vermont.

Mr. Merna joined ACE in 2000.  During his tenure, Mr. Merna has held various senior leadership positions, including President of the Financial Solutions division and President of ACE Risk Management. Earlier in his career, he served in a range of management roles in public accounting and at American International Group in New York and Europe. He received a Bachelor of Science degree in Accounting from West Virginia University.

About Chubb
Chubb is the world's largest publicly traded property and casualty insurance company, and the largest commercial insurer in the United States. With operations in 54 countries and territories, Chubb provides commercial and personal property and casualty insurance, personal accident and supplemental health insurance, reinsurance and life insurance to a diverse group of clients. As an underwriting company, we assess, assume and manage risk with insight and discipline. We service and pay our claims fairly and promptly. The company is also defined by its extensive product and service offerings, broad distribution capabilities, exceptional financial strength and local operations globally. Parent company Chubb Limited is listed on the New York Stock Exchange (NYSE: CB) and is a component of the S&P 500 index. Chubb maintains executive offices in Zurich, New York, London and other locations, and employs approximately 31,000 people worldwide. Additional information can be found at www.chubb.com.

Chubb Insurance Company of Canada has offices in Toronto, Calgary, Montreal and Vancouver and provides its products and services through licensed insurance brokers across Canada. For additional information, visit www.chubb.com/ca. 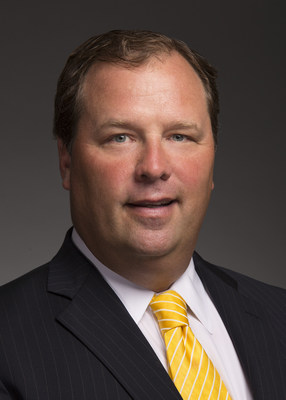