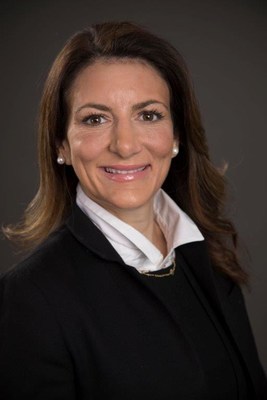 Ms. Bond will report to Joseph Wayland, Executive Vice President and General Counsel, and be based in Washington, D.C.  Ms. Bond was most recently Senior Vice President, Americas, at the U.S. Chamber of Commerce and previously served as Vice President, Global Government Relations, at Motorola Corporation.  The appointment is effective November 1.

Ms. Bond succeeds Patricia Henry, who, after a distinguished 25-year career at Chubb and its predecessor companies, announced her retirement effective at year-end.  In the interim, she will work closely with Ms. Bond and the Global Affairs leadership team.  Following her retirement, Ms. Henry will continue to provide advice and counsel to Chubb in a consulting role.

"For 25 years, Trish has served Chubb with passion, commitment and consummate skill in key management roles in our legal and government affairs groups," said Evan G. Greenberg, Chairman and Chief Executive Officer. "Trish has provided invaluable leadership on critical legislative and regulatory issues, ranging from asbestos, terrorism and flood programs to significant changes in international tax policy and solvency rules.  She has been a dear friend and colleague to so many of us at Chubb and we have all benefitted immensely from her wise counsel, endless energy and contagious enthusiasm.  She is a true force of nature.  We look forward to continuing to benefit from Trish's experience and sage advice in her new consulting role."

Chubb also announced that Karen Valanzano has been appointed Senior Vice President, Head of Federal Government and Political Affairs.  In this role, Ms. Valanzano will direct the company's activities in connection with federal legislative matters, including representing Chubb before the U.S. Congress and various federal agencies.

Mr. Molnar and Ms. Valanzano will report to Ms. Bond.

"We are very pleased to welcome Jodi to the Chubb Government Affairs group.  She brings valuable experience from managing government affairs for a major public company and, most recently, for the U.S. Chamber of Commerce, where she had executive management responsibility for the Chamber's business councils across Latin America," said Mr. Wayland.  "Together, Jodi, Karen and Yancy will provide strong leadership for our Government Affairs Group, bringing a unique combination of skill, knowledge and experience in successfully managing a wide range of complex legislative and regulatory matters.  We are fortunate to have this great trio of experts to lead our group."

Chubb is the world's largest publicly traded property and casualty insurance company. With operations in 54 countries, Chubb provides commercial and personal property and casualty insurance, personal accident and supplemental health insurance, reinsurance and life insurance to a diverse group of clients. As an underwriting company, we assess, assume and manage risk with insight and discipline. We service and pay our claims fairly and promptly. The company is also defined by its extensive product and service offerings, broad distribution capabilities, exceptional financial strength and local operations globally. Parent company Chubb Limited is listed on the New York Stock Exchange (NYSE: CB) and is a component of the S&P 500 index. Chubb maintains executive offices in Zurich, New York, London and other locations, and employs approximately 31,000 people worldwide. Additional information can be found at: www.chubb.com.