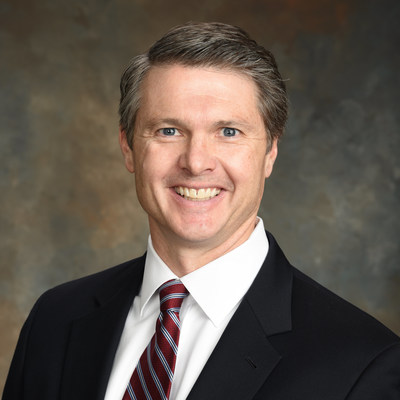 "Scott's deep expertise and industry knowledge as well as his proven leadership capabilities position him perfectly to meet the complex underwriting and servicing needs of our commercial customers in North America," said Paul Krump, Executive Vice President, Chubb Group President, North America Commercial and Personal Insurance. "I look forward to working with him even more closely to generate exceptional results for the organization."

Mr. Gunter succeeds Steven R. Pozzi who, after a distinguished 36-year career in the insurance industry, will retire at the end of this year. Mr. Pozzi joined The Chubb Corporation in 1981 as a Commercial Underwriter Trainee, and during the course of his career held a number of underwriting and managerial positions with the company. Prior to the acquisition, Mr. Pozzi was Chubb Commercial Insurance Global Chief Operating Officer, and since January 2016 he has played a key role as SVP, Chubb Group and Division President of North America Commercial Insurance for the combined organization. Through the remainder of 2017, Mr. Pozzi will be available to Mr. Gunter to ensure a successful transition, and he will also serve as an advisor on special projects for Chubb's North America and Overseas General divisions.

"For more than three decades, Steve has been a trusted and dependable partner to Chubb," said Mr. Krump. "He has my deepest thanks for his outstanding contribution, and I look forward to working with him and Scott on a smooth transition in addition to his continued endeavors for the company."

Mr. Gunter has an Honours Bachelor of Administration degree from Wilfrid Laurier University (Ontario, Canada) and an executive management certificate from Queen's University.

Chubb is the world's largest publicly traded property and casualty insurance company. With operations in 54 countries, Chubb provides commercial and personal property and casualty insurance, personal accident and supplemental health insurance, reinsurance and life insurance to a diverse group of clients. As an underwriting company, we assess, assume and manage risk with insight and discipline. We service and pay our claims fairly and promptly. The company is also defined by its extensive product and service offerings, broad distribution capabilities, exceptional financial strength and local operations globally. Parent company Chubb Limited is listed on the New York Stock Exchange (NYSE: CB) and is a component of the S&P 500 index. Chubb maintains executive offices in Zurich, New York, London and other locations, and employs approximately 31,000 people worldwide. Additional information can be found at www.chubb.com.