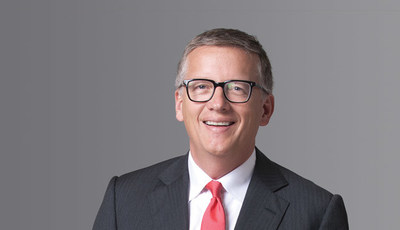 As Chief Digital Officer, Mr. Ringsted will lead the transformation of all areas that produce and support Chubb's business into a digital environment, including underwriting, analytics, claims, marketing, internal operations and technology.  He will continue to report to Evan G. Greenberg, Chairman and Chief Executive Officer.

"Chubb's vision of digital integration encompasses all underwriting, claims, sales and service functions that touch prospective customers, our policyholders, distribution, all internal operations, as well as deepening our insights and transforming the nature of the product we sell and service – in a word, converting the company to a digital enterprise," said Mr. Greenberg. "A deep thinker and manager, Sean has the vision, experience and depth of industry knowledge to lead this strategically important mission for our company.  While transformations don't occur overnight, I have the greatest confidence in Sean's leadership to drive steady and substantial progress to achieve this strategic objective."

"We are delighted to promote and appoint Paul to the important role of Senior Vice President and Chief Actuary. Paul's extensive experience is matched by his judgment, technical capabilities and management," said Mr. Bancroft.  "He has the skills and broad operational perspective needed to guide the actuarial function at Chubb and ensure our continued commitment to risk management excellence."

Mr. Ringsted has 25 years of experience in the insurance industry.  As Chief Risk Officer of Chubb, he is responsible for the continued development and implementation of Chubb's risk management strategy and processes, and for ensuring a consistent risk management framework across the company.  Prior to ACE's acquisition of Chubb in January 2016, Mr. Ringsted was Chief Risk Officer & Chief Actuary of ACE Limited. He was named Chief Actuary in 2004 and, in 2008, was appointed to the additional role of Chief Risk Officer. He was appointed Executive Vice President, ACE Group, in March 2014.  Mr. Ringsted's previous leadership roles at ACE include serving as Executive Vice President and Chief Risk Officer for ACE Tempest Re from 2002 to 2004, and Senior Vice President and Chief Actuary for ACE Tempest Re from 1998 to 2002. Prior to ACE, Mr. Ringsted was a consultant at Tillinghast-Towers Perrin. Mr. Ringsted holds a Bachelor of Science degree in Biochemistry from Bristol University and a Doctorate in Biochemistry from Oxford University. He is a Fellow of the Institute of Actuaries (FIA).

Paul O'Connell has more than 35 years of experience in the property and casualty insurance industry.  Prior to ACE's acquisition of Chubb in January 2016, Mr. O'Connell was Chief Actuary, Global Property and Casualty for ACE, a position he held since 2010. He was appointed Vice President, ACE Group, in March 2014. Prior to joining ACE in 2002, he was a principal at PricewaterhouseCoopers, responsible for leading the U.S. actuarial practice and he served as a member of the firm's global insurance leadership team. He began his career at Continental Insurance, where he served in various roles of increasing responsibility, ultimately as Vice President and Deputy Chief Actuary. Mr. O'Connell has a Bachelor's degree in Mathematics from City University of New York, Brooklyn College. He is a Fellow of the Casualty Actuarial Society, a member of the American Academy of Actuaries and a Fellow of the Canadian Institute of Actuaries.

Chubb is the world's largest publicly traded property and casualty insurance company. With operations in 54 countries, Chubb provides commercial and personal property and casualty insurance, personal accident and supplemental health insurance, reinsurance and life insurance to a diverse group of clients.  As an underwriting company, we assess, assume and manage risk with insight and discipline.  We service and pay our claims fairly and promptly.  The company is also distinguished by its extensive product and service offerings, broad distribution capabilities, exceptional financial strength, underwriting excellence, superior claims handling expertise and local operations globally.  Parent company Chubb Limited is listed on the New York Stock Exchange (NYSE: CB) and is a component of the S&P 500 index.  Chubb maintains executive offices in Zurich, New York, London and other locations, and employs approximately 31,000 people worldwide. Additional information can be found at: chubb.com. 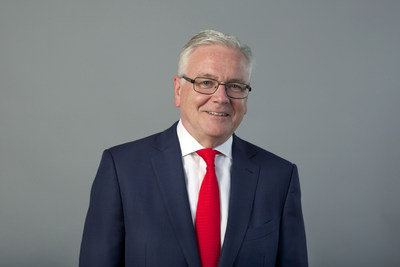