CHICAGO, Dec. 1, 2017 /PRNewswire/ -- For the seventh consecutive year, Combined Insurance announced today that the company has been designated as a Top Military Friendly® Employer by Victory Media's G.I. Jobs Magazine, and has been ranked the number three Military Friendly Employer® in the Over $1B revenue category for 2018. 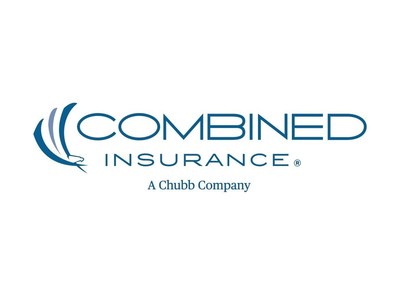 Combined Insurance, a leading provider of individual supplemental accident, disability, health and life insurance products, and a Chubb company, has been ranked a Top 5 Military Friendly® Employer for four consecutive years and was given the highest honor as the Number One Military Friendly Employer® in the nation in 2015 and 2016.

"With our company now ranked within the Over $1B revenue category, it is truly an honor to be named the Number 3 Military Friendly® and Military Friendly® Spouse Employer for 2018 by Victory Media," said Bob Wiedower, Vice President of Sales Development and Military Programs at Combined Insurance. "We take great pride in providing veterans, their family members and those with a military background the opportunity to use the skills developed through their service to build a meaningful career with us. Combined Insurance continues to grow, and we look forward to having more veterans join our organization and grow with us."

Wiedower is a decorated veteran, having served 22 years in the United States Marine Corps, where he retired as a Squadron Commanding Officer.

Since launching its veteran recruiting program in 2010, the company has:

In addition to providing meaningful employment, Combined Insurance also gives back to military and veteran-focused charities through employee volunteerism and corporate donations. The company has given back to organizations, such as Luke's Wings, The Fisher House Foundation, USO of Illinois and Heartland Alliance – Support Services for Veteran Families (SSVF).

First published in 2003, Military Friendly Employers is regarded as the most comprehensive, powerful resource for veterans today. Each year, the list of Military Friendly® Employers is provided to service members and their families, helping them discover the best post-military career opportunities available.

Combined Insurance will be showcased along with other 2018 Military Friendly Employers in the December 2017 issue of G.I. Jobs Magazine, the January 2018 issues of Military Spouse Magazine, and on MilitaryFriendly.com

For more information about how Combined Insurance is working to support military spouses in fulfilling their career goals or to learn about our career opportunities, visit combinedinsurance.com/military. 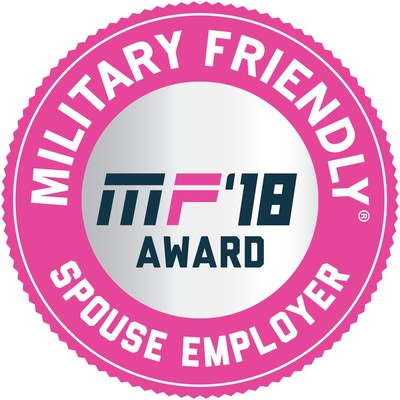